Here is a short list of the places you should try to visit during your stay at Variant 5 Days 2021 near Kalofer.

I. Village of Turia – the village museum

“Starci (Old men) in Turia” is held every year on the last Sunday of March in the village of Turia and aims to show the cultural heritage of mummers in the life of the Bulgarians, to facilitate their storage and transfer from generation to generation. The games take place within the traditional “Chudomirov’s Celebrations” and is kind of an end of the season mummers masquerades nationwide.
The event is extremely interesting and unusual. A great way to spend the day and see some of the most Bulgarian traditions while having great time!

Dzhananovata house in Gabarevo village, close to Pavel Banya is a charming place that brings together the spirit of old times, preserved historical memory, and is jealously guarding the legacy of the ancestors. Namely under the dappled shade of trees and bathed in the brilliance of colors of the yard the people of Gabarevo and visitors from cities nearby get together whenever there are worthy and notable occasions.
This is an old revival home, which houses a museum with art gallery of works dedicated to the Apostle Vasil Levski. Dzhananovata house was declared a monument of culture and is free of charge for tourist visits. During the summer months are organized readings and presentations of books, poetry, etc.

The Central Balkan National Park lies in the heart of Bulgaria, nestled in the central and higher portions of the Balkan Range. The Park contains rare and endangered wildlife species and communities, self-regulating ecosystems of biological diversity, as well as historical sites of global cultural and scientific significance. The highest peak in the national park is Botev at 2,376 meters above sea level. There are 9 nature reserves, with a combined area of 20,019 hectares: Boatin, Tsarichina, Kozia Stena, Steneto, Severen Dzhendem, Peeshti skali, Sokolna, Dzhendema and Stara reka.
The Central Balkan National Park is one of the largest and most valuable of the protected areas in Europe. The World Conservation Union (IUCN) has listed the Park as Category 2. The Park and eight of its nature reserves are on the UN List of Representative Protected Areas, and four of its nature reserves are included in the World Network of Biosphere Reserves under the UNESCO Man and Biosphere Program. The Central Balkan National Park has become a full member of the WWF-led PAN (Protected Area Network) Parks. National park Central Balkan is one of the most valuable and largest European protected areas. There are several routes to climb the Mount Botev, but the most used is the shortest in this southern ridge, passing smoothly through the reserve “Dzhendem” and the waterfall “Raisko praskalo”.

Rusalka Hut is located in the Balkan Mountains in the picturesque Tuzha gorge at an altitude of 1100 meters. Adjacent to the National Park “Central Balkan”, the village is the starting point for many hiking trails revealing natural phenomena and landmarks such as Kademliisko waterfall, Babskoto waterfall, Trinogata, etc.

Kalofer is a town in central Bulgaria, located on the banks of the Tundzha river between the Balkan Mountains to the north and the Sredna Gora to the south. Kalofer is part of Plovdiv Province and the Karlovo municipality. It is best known as the birthplace of Bulgarian poet and revolutionary Hristo Botev.
The modern settlement of Kalofer emerged in the 16th century, managing to preserve its Bulgarian character in the Ottoman Empire and to develop as a centre of craftsmanship, primarily cord production. The Kalofer monastery has been in operation since 1640 and the convent since 1700. During the Bulgarian National Revival the town became a center of revolutionary activity, being the birthplace of figures such as Hristo Botev, Exarch Joseph, Dimitar Panichkov, NikolaIvanov.

One of the most visited attractions in Kalofer undoubtedly is the trail “White River” built along the White River. The trail itself offers spectacular walks and impressive natural beauty of the National Park “Central Balkan. The path length is not loaded and even unprepared tourists could pass through it, as it is only 1.83 km long and has space for relaxation.

Kazanlak is a Bulgarian town in Stara Zagora Province, located in the middle of the plain of the same name, at the foot of the Balkan mountain range, at the eastern end of the Rose Valley. It is the administrative centre of the homonymous Kazanlak Municipality. It is the center of rose oil extraction in Bulgaria and the oil-producing rose of Kazanlak is one of the most widely recognizable national symbols.
The oldest settlement in the area of the modern-day city dates back to the Neolithic era (6th-5th millennium BCE). During the 4th-3rd centuries BCE the lands on the upper Tundzha River were within the dominion of the Thracian ruler Seuthes III and took an important place in the historical development of Thrace during the Hellenistic era. The Thracian city of Seuthopolis was uncovered near Kazanlak and thoroughly studied at the time of the construction of the Koprinka Dam. In the 4th century BCE, near the ancient Thracian capital of Seuthopolis and close to the city, a magnificent Thracian tomb was built. Consisting of a vaulted brick-work tomb, it contains, among other things, painted murals representing a Thracian couple at a ritual funeral feast. The tomb was declared a UNESCO World Heritage Site in 1979.

Campaigns to Shipka, crowned by the grand memorial in honor of the Russo-Turkish War, offer excellent conditions for eco and cultural tourism.In 1934, the peak Shipka is a monument of freedom, which leads to an automobile road and stone staircase. The monument is part of the National Park Museum Shipka. Shipka is called peak (height 1232 m), located north of the main ridge and west of the Shipka Pass. Nearby stands Bouzloudja peak which also fought fierce battles for liberation from the Ottoman yoke.

Shipka is a settlement that existed from the XI c.. N. E., When the Bulgarian lands were inhabited by Thracians. When in 1396 Bulgaria fell under Ottoman rule, the town of Shipka is established to security and maintenance of the tunnel. Here are led one of the most important battles for the liberation of Bulgaria. Memorial “Rozhdestvo Hristovo” was built in memory of the Russian soldiers and Bulgarian volunteers who died in the Russo-Turkish War of 1877-1878.

The Tomb of Seuthes III is grave of King Seuthes III , located near Kazanlak. Seuthes III was the King of the Odrysian Kingdom of Thrace from ca. 331 BC to ca. 300 BC, a first tributary to Alexander the Great of Macedon. The tomb has an impressive facade, an unusual 13-meter long entry corridor and three consecutive spacious rooms. The first room is rectangular and has a rainbow-shaped, double-pitched roof. A horse had been sacrificed in this chamber. The next room is circular and domed, while the third room is carved in a huge stone block and has double-pitched covering (resembling a sarcophagus). Inside, there is a modeled funeral bed.

Koprinka is a reservoir and dam in the Rose Valley, central Bulgaria. Its construction began after 1944 and was finished in 1956. It was built on the Tundzha River at 7 km to the west of the city of Kazanlak near the village of Koprinka. It is situated at 300 m to the south of the main sub-Balkan road between the capital Sofia and Burgas. The reservoir is around 7 km in length and covers an area of 11.2 km². The depth varies between 44 and 78 metres. The shores are rugged with many branches and bays.

Etar architectural-ethnographic complex is an open-air museum and a neighbourhood of Gabrovo (8 km south of its center) in northern Bulgaria. It is located on the northern edge of the Bulgarka Nature Park, between the park and the city of Gabrovo. It presents the Bulgarian customs, culture and craftsmanship. It spans over an area of 7 ha and contains a total of 50 objects, including water installations and houses with craftsmen’s workshops attached. As a whole, the complex’s goal is to illustrate the architecture, way of life and economy of Gabrovo and the region during the Bulgarian National Revival.
The park features typical Bulgarian revival houses with two floors, bay windows, a clock tower, and a beautifully decorated house by Saakov featuring 21 windows. Using original instruments and following the old traditions, locals represent around 20 characteristics of the regional crafts such as wood-carving, pottery, coppersmith crafts, furriery, cutlery making, needlework etc. There are shops for souvenirs. There are numerous restaurants in the park where tourist could consume local Bulgarian cuisine. There are visitors to the park, from all over the world, all the year round, especially during the annual Christian festivals celebrated in the park, namely, Palm Sunday and Easter. Sokolski Monastery is situated several kilometers away from Etar.

Karlovo is a picturesque and a historically important town in central Bulgaria located in a fertile valley along the river Stryama at the southern foot of the Balkan Mountains. It is administratively part of Plovdiv Province. Karlovo is famous for the worldwide-known rose oil, which is grown there and used in producing perfume. In addition to this, Karlovo is the birthplace of Vasil Levski, the most distinguished Bulgarian to start preparing the national liberation from the Ottoman rule in the late 19th century. There is a museum and large monument dedicated to him. Karlovo is also a popular location for tourism in the region.

Sopot is a Bulgarian town situated in the fertile sub-Balkan mountain valley of Karlovo (which is the western part of the famous Rose Valley), immediately below the steep southern slopes of the Troyan Balkan Mountain (Central Stara Planina). Sopot is part of Plovdiv Province and is the administrative centre of a municipality. It lies 5 km west of Karlovo, 136 km east of Sofia, 63 km north of Plovdiv and 61 km south of Troyan. It is the birthplace of arguably the best known and most renowned Bulgarian novelist, Ivan Vazov. Sopot is also a machine building center.

The House-Museum of Ivan Vazov

Ivan Vazov was born on July 9, 1850 in Sopot in the old house of his kind built in the 18th century by his grandfather.[4] It was burned in July 1877 during the Russo-Turkish War (1877–78). In 1920, the eve of the anniversary celebrations to commemorate the 70th anniversary and 50 years of literary activity of Vazov, among the poet’s friends in Sofia started the idea to restore his native home. The construction of the house began in 1931.

Anevo Fortress or Kopsis is a medieval castle in central Bulgaria, the ruins of which are located some 3 kilometres from the village of Anevo in Sopot Municipality, Plovdiv Province. Constructed in the first half of the 12th century, it lies on a steep hilltop at the southern foot of the Balkan Mountains, not far from the Stryama River. In the end of the 13th century, the fortress was the capital of a small short-lived quasi-independent domain ruled by the brothers of Tsar Smilets of Bulgaria, Voysil and Radoslav.

Information is copied from http://en.bendida.bg/?page_id=133 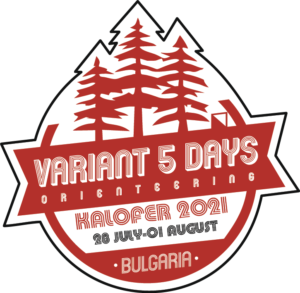 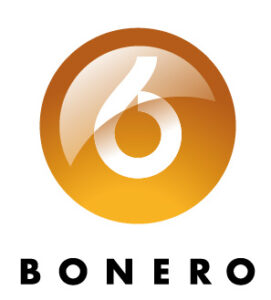 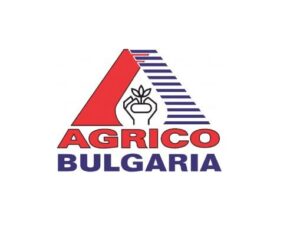